Online fraud costs the UK economy over £10 billion a year, but the typical consumer’s understanding of the increasingly sophisticated methods used by fraudsters is low. With fraud dramatically peaking in the run up to the holidays, HSBC UK needed to raise awareness.

We used ‘deep fake’ style technology on Rachel Riley, a much loved UK television celebrity known for her extraordinary talent in math. In the run-up to Cyber Monday, a shocking video appeared on her social channels: Rachel confessing to being “bad at maths” and having answers fed to her via an earpiece. The nation was stunned. 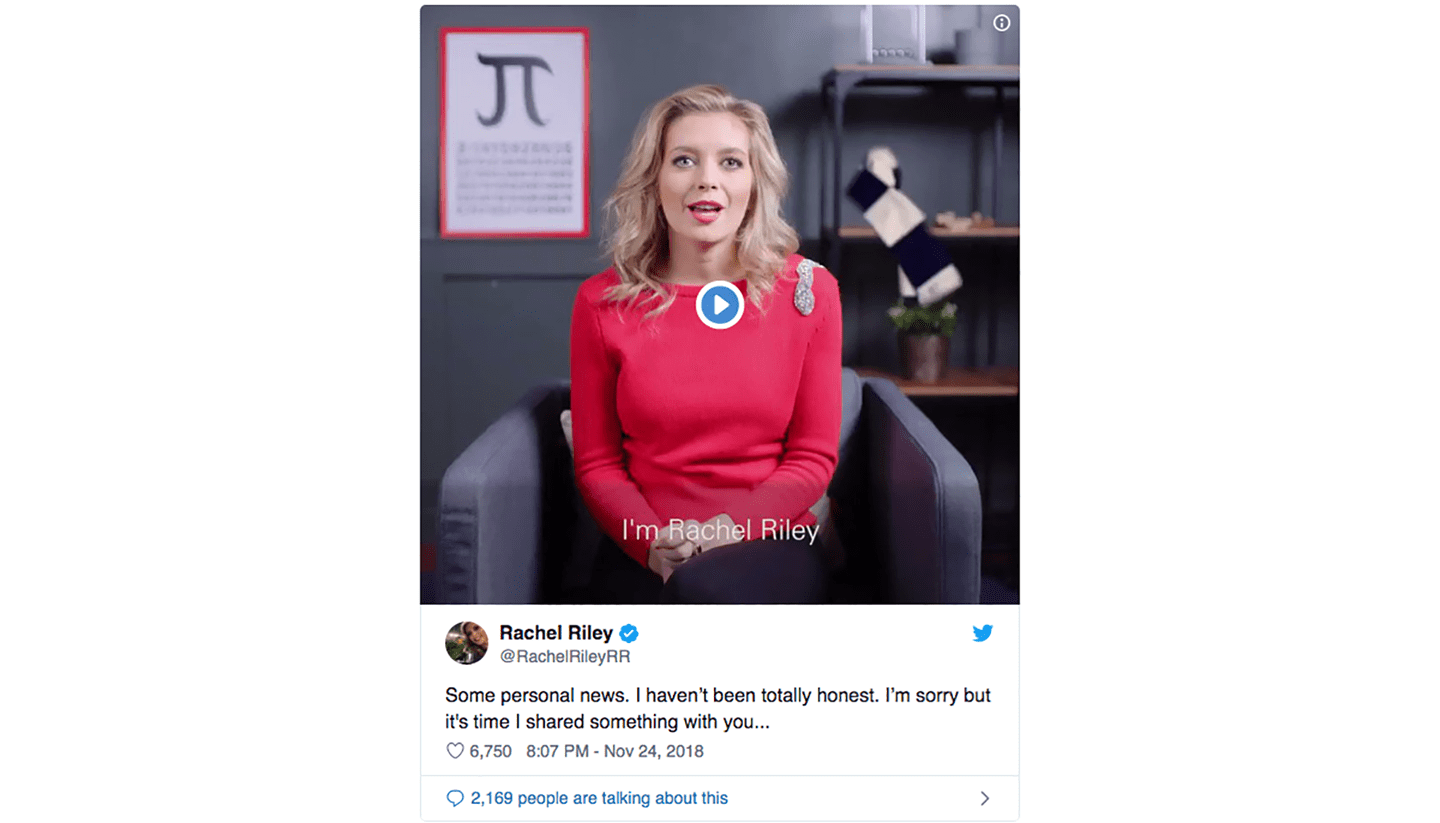 Just one day later, after the inevitable explosion of attention, HSBC UK reassured the public that this had been a ‘deep fake’ style video, with Rachel’s mouth movements adapted and her voice dubbed over by an impersonator. Designed to make an important point at a time when consumers are especially vulnerable, all viewers received follow-up educational videos from Rachel to help them stay safe the next time they went online.

The initial “Confession” went viral, with 52,000 views in the first 30 minutes alone. The Reveal video on HSBC UK’s social channels generated over 5.2 million views, and the educational videos about online fraud generated another 7.2 million views on those same channels. The campaign achieved 75 million impressions and celebrities, fraud organizations, police forces, even Parliamentarians applauded the effort. CIFAS, the UK’s largest fraud prevention organization, celebrated it as “an ingenious way to get the public thinking about the dangers of fraud.”

Changing the game for equal pay with the U.S. Women’s National Soccer Team