Despite enduring 635 days without a win, Cleveland Browns fans remained as loyal and optimistic as ever. Bud Light, the NFL’s official beer sponsor, saw an opportunity to honor the city and its football team with a once-in-a-lifetime victory celebration.

Victory Fridges – WIFI-enabled locked refrigerators full of ice-cold Bud Light – were placed in bars around the city and set to simultaneously open at the very moment the Cleveland Browns clinched its first win.

We didn’t know when that win would come, but we had to be ready. Working with the Browns organization and Bud Light wholesalers, we placed bright orange, smart-tech fridges Cleveland-wide while building anticipation for the long overdue victory. To further rally the city, we invited former Browns legends to deliver the first fridge and presented mini fridge replicas to influencers and Browns devotees such as The Miz, Pumpkin Head and Andrew Hawkins. 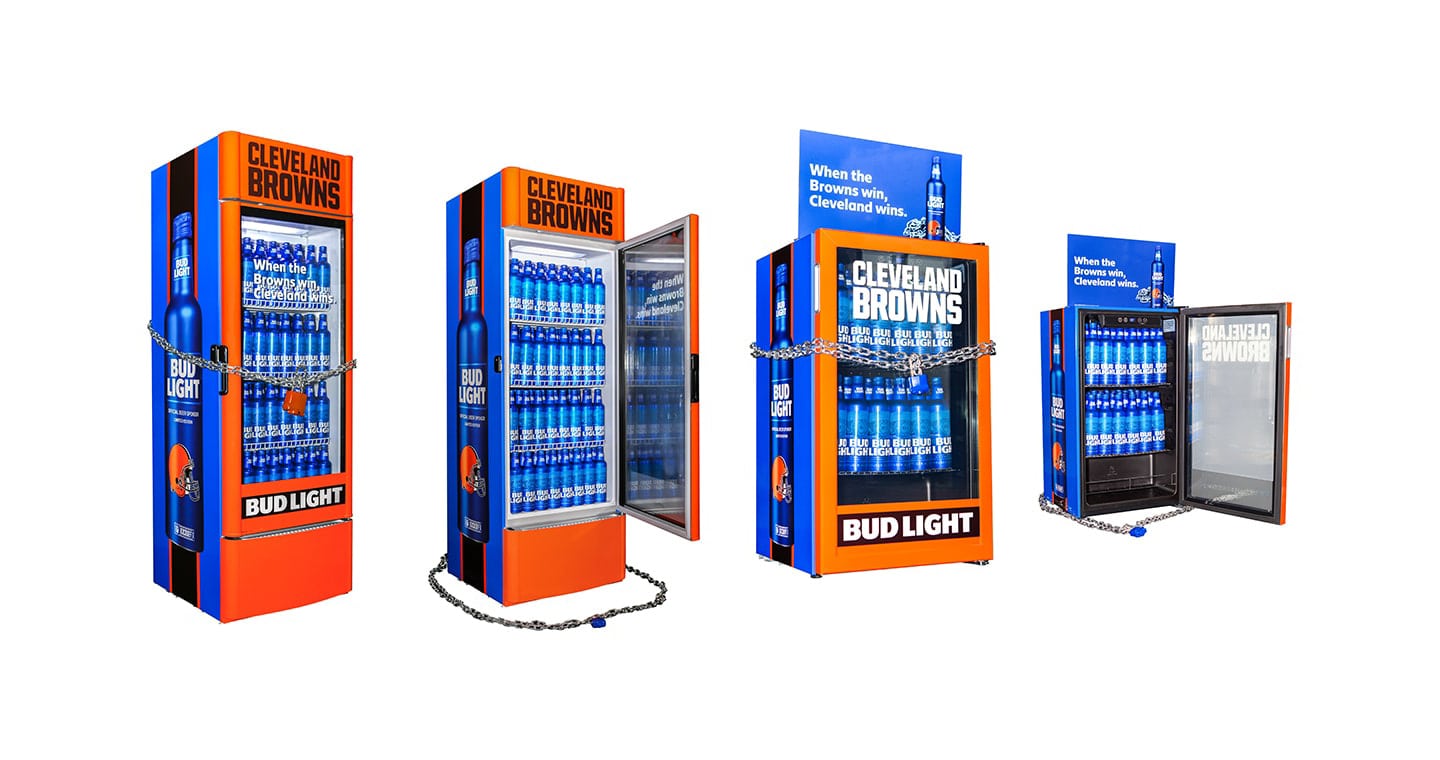 Finally, in week three, the team got their win, the fridges unlocked and Clevelanders were finally able to taste victory again with a Bud Light in hand. From the moment Victory Fridges were introduced during the pre-season, through several down-to-the-wire-overtime-losses, to the Browns’ highly anticipated week 3 win, Bud Light dominated local and national media with over 2 billion impressions and won Cleveland.

The day “IHOb” flipped the script